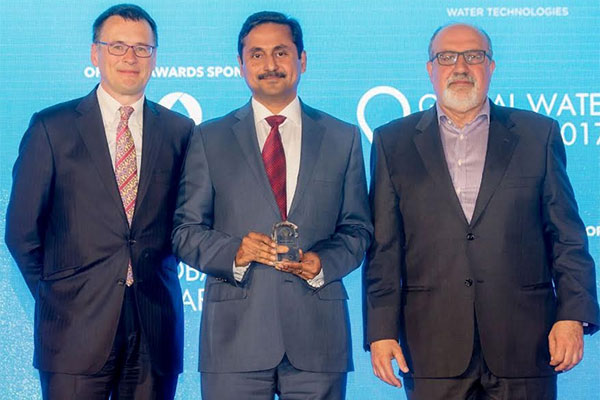 Utico has received the Distinction award as Global Desalination Company of the Year 2017. This award is for companies, who made the biggest mark Worldwide in the Desalination sector through innovation and contribution for 2016-2017.The nominees for this award were selected by an international independent Jury of Eminent peers from all over the world.

Utico is the First company from the Middle East to win it and among the select Desalination companies in the world with innovative development and engineering skills.

Utico is also till date the ONLY company ever to be completely privately held and full service( including T&D) to win it….in the world ! 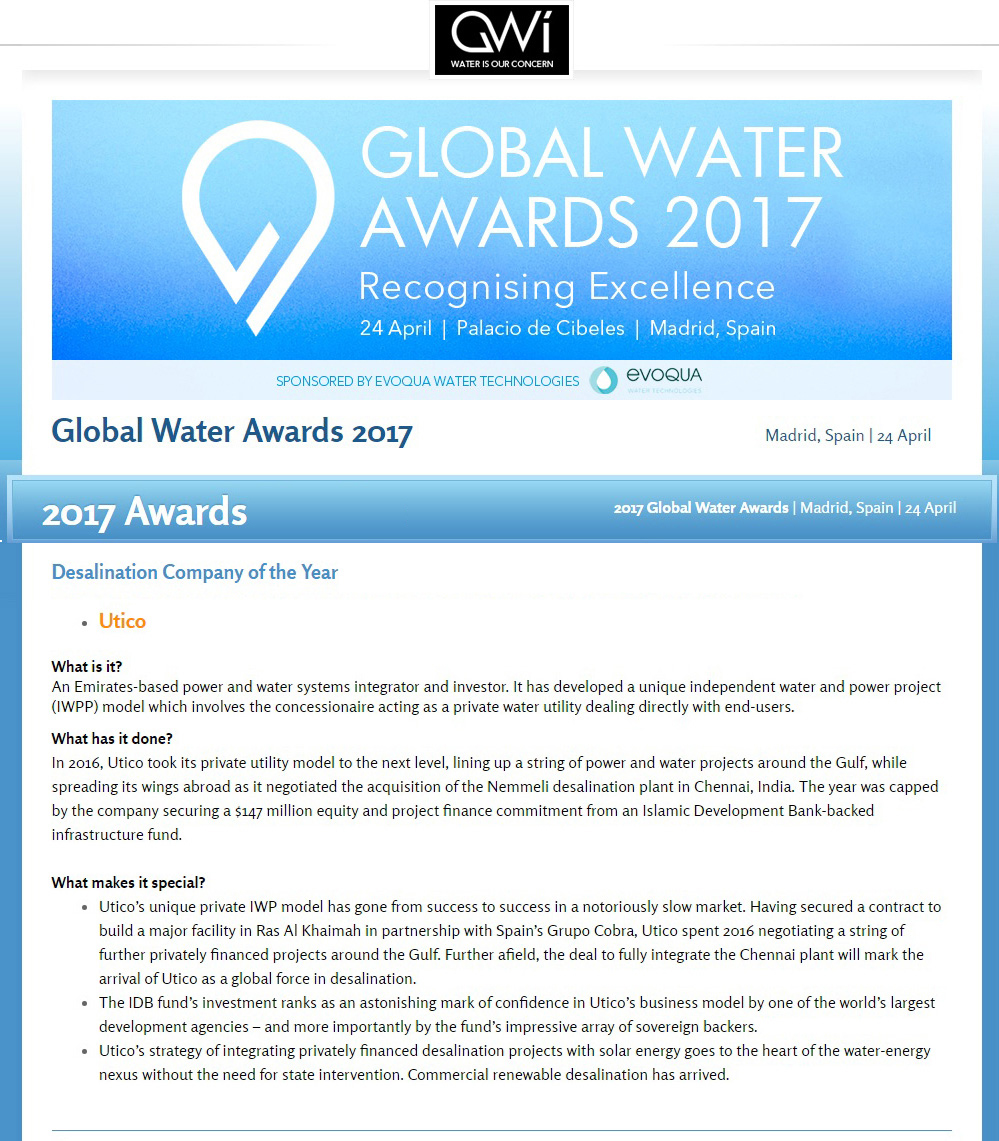 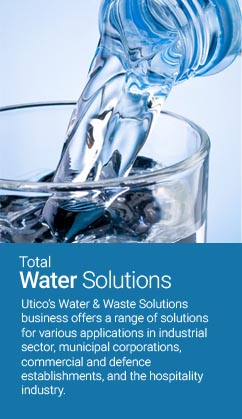